Three-dimensional immersed boundary method using velocity-vorticity formulation is proposed in order to analyze unsteady turbulent incompressible viscous flows with Cartesian grids. Large eddy simulation has been used and several complex flows cases have been studied, showing the ability and the efficiency of this method.

Two main advantages can be accounted in the velocity-vorticity formulation of the Navier Stokes equations: the pressure is removed from the equations and the N.S. equations are decomposed into a dynamic part ( the vorticity equation ) and a Cauchy-Riemann kinematic part ( the Div-Rot problem) [1,2,3]. In this formulation, boundary conditions are generally of Dirichlet type for the velocity components and the vorticity components. The presence of an obstacle is seen as a vorticity generator. Along the boundary of the obstacle, a vorticity distribution is computed in order to prescribe the no-slip condition on the velocity. The vorticity magnitude in the sub-domain within the obstacle is maintained to zero. The velocity components inside the solid wall are maintained to zero, for a fixed body, or set to the velocity of the moving body. This method can easily be used to study flow problems around multiple obstacles in motion relatively with different velocities.

First, to validate the method proposed, the flow downstream of a trailing edge has been studied. The numerical results have been compared with experimental data (PIV and aerodynamic forces). The experience has been carried out at ONERA at Lille. The computations have been performed in a 3D configuration using 3 millions grid-points [4,5].

Secondly, several other flow problems have also been investigated and analyzed. In figure 1a , the side view of the flow around a Ahmed body, having a rear window angle of 25 degrees, is presented for a Reynolds number equal to 40000. We can notice the longitudinal vortex generated by the lateral plane. The angles of this vortex axis, with respect to rear window plane and the adjacent lateral plane, are respectively about 9° and 8°. A comparison between the experimental visualization and the numerical simulation is given in figure 1b. Figure 2 presents the top view of the flow around a whole car: the front and the rear longitudinal vortices are correctly reproduced. All the calculations have been undertaken by taking into account the ground effects.

The flow control of the Malavard-Cousteau turbo-sail has also been studied with the present method in order the take into account the presence of the flap. In figures 3 and 4, we can see the effects of the sunction applied on the upper-part of the turbo-sail and the presence of the flap on the lower part. The sunction prevents the stall of the sunction side and the flap blocks the vortex formation on the pressure side. This simultaneous phenomena allow the production of a strong lift coupled with the reduction of the drag. The time history of the flow around the turbo-sail can be seen here. More complex fluid flow problems, such as unsteady flows around multiple obstacles in motion with different velocities for instance, can be treated with this immersed boundary method. In figure 5 and 6 are presented the flow structures around two crossing earth vehicles at two different instants. The flow structures are given in a manifold attached to the moving body. The apex longitudinal vortex in front of the moving body, initially visible in the figure 5, is blown up by the presence of the fixed body when the two vehicles are adjacent ( figure 6 ).

Other examples ( figures 7-14 ) presented here show the ability, the easiness and the efficiency of the 3D immersed boundary method using the velocity-vorticity formulation for the study of unsteady turbulent complex flows by mean of Large Eddy Simulation. 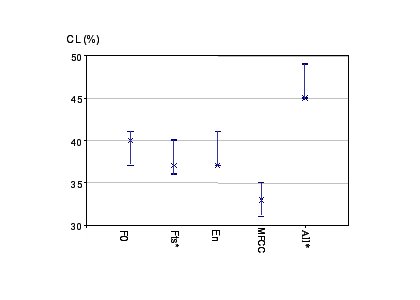